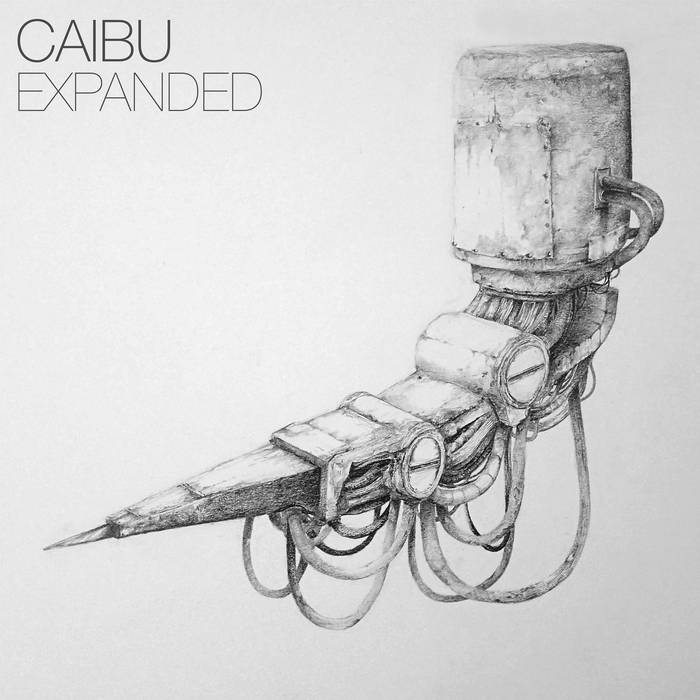 'Caibu' is the first album from Paul Rose (aka Scuba) as SCB, following sporadic releases under the name since it first appeared in 2008. The album explores a fictional narrative in which a hypothetical timeline is corrupted by a climate-related disaster. The title of the album itself refers to an imagined surgical procedure where cognitive ability is augmented through transplant from one brain to another. As such, 'Caibu' invites the listener to forge their own ideas on the development of society in the context of crisis.

Within this dystopic setting, 'Caibu' draws strength from introspection. At times trapped in a pressurized container, at others floating through vast spaces; SCB merges subdued hypnotism, syncopated basslines and visceral ambience to find his centre. Metallic surfaces are moulded into polyrhythmic patterns replete with ricocheting drums, whilst unfamiliar acoustics provide a backdrop for the unfurling narrative.

Original artwork for 'Caibu' and the 'Below The Line', 'Old Media New Society', and 'Engineered Morality' EPs by Jonathan Lawrence.

Bandcamp Daily  your guide to the world of Bandcamp

MF DOOM is given his flowers, plus appearances from MC Jada Imani and Stanley Ipkuss